Having issues getting McAfee Security for Microsoft Exchange (MSME) to work correctly on your current version of Exchange 2013? If you’ve stumbled over this article whilst Googling for an answer to your current dilemma you’re probably at the end of your tether and ready for somebody to put you out of your misery – I know, because I’ve been through it all.

For me, it all started when I decided to apply Exchange 2013’s Cumulative Update 1 to our server, which had been working reasonably well with MSME in place – but we were having an issue with wildcard certificates and I believed that CU1 might address some of the issues that were impacting the way we tried to configure it and use Exchange Management Shell. Let’s just say that, every time I fixed one issue, the solution created another problem. (And yes, Cumulative Update 2 is now available – I’ve only just got CU1+MSME working, I don’t know whether I can face the thought of another update!!).

It helps to note that both Exchange Server and McAfee Security for Microsoft Exchange frequently have updates available which aren’t automatically detected and installed. So when you’re facing a problem, you have to start by manually researching whether you have the latest versions. In the case of Exchange 2013, Microsoft “have changed the way we deliver hotfixes and service packs. Instead of the priority-driven hotfix release and rollup update model used by previous versions of Microsoft Exchange, Exchange Server 2013 now adheres to a scheduled delivery model. In this model, cumulative updates are released every three months.”

How do you know which build of Exchange 2013 you’re on? You can run the command ‘get-exchangeserver |ft name,admindisplay*’ from the Exchange Management Shell, but if you prefer to use the GUI then jump into the Exchange Admin Center, click on ‘Servers’ and you’ll see the version number alongside the server name.

In the same way, McAfee Security for Microsoft Exchange (MSME) 8.0 has a Patch 1 available – but you’ll never know if you don’t go looking for it! To check your current version, head to the MSME Product Configuration Interface > Statistics & Information > Product Information. The version as at this writing is 8.0.7987.100. You can download an update from McAfee’s Downloads page but you’ll need your Grant Number handy.

What Happens If You’re Not Up To Date?

So getting back to the crux of my story:

The server was also logging a failure every 5 minutes as MSME tried to interact with the Exchange transport.

And worst of all, MSME wasn’t stopping the zillions of SPAM messages we receive every day – something had to be done!

It turns out that MSME 8.0 has compatibility issues with Exchange 2013 CU1. The fix is very simply – update MSME to MSME 8.0 Patch 1 (i.e. Product Version 8.0.7987.100). Download it, click, and let it do it’s installation. It takes quite a while (ours took a couple of hours), but the mail server continued to send and receive email with minimal interruption, and by the end, we had beautiful SPAM filtering back in action!

Now – am I brave enough to try updating Exchange Server 2013 to Cumulative Update 2? 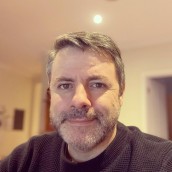